Come enjoy all that Lake Winnipesaukee has to offer

Akwa Marina was a great place to get married!! Lake Winni is beautiful! Kurt & Lance were always quick to respond when I had questions but they are hands off so the bride has lots of freedom to do what she wants! Highly recommend!

Akwa was dreamt, designed, and physically willed into existence by the Mailloux Family. In 2002, the Mailloux's visited what was the "Landing Marina" for the first time. At the time the docks where falling apart, and what is now the pool area was a junkyard. Dick, Troy and Shanna Mailloux worked to acquire the approvals for the marina complex. Getting the final approval around 2007, work was ready to begin.  Adam Mailloux oversaw the construction starting in the fall of 2007. Over 300 wood piles had to be removed from the lake bottom by Kurt Mailloux one by one using an underwater chainsaw with scuba gear. In the Spring of 2008, over 100 new piles were driven some over 20 ft deep into the lake bottom. Some of the piles are 42' long 12" in Diameter, with 3/8" spun steal. The new Docks were floated into place and secured to the new piles. D dock alone weights over 120,000 pounds. As this was taking place the pool was being completed and the 1st Pavilion was being Constructed. This was all completed before the season started in 2008. In 2009 construction began on a Second Pavilion (now known as the far Pavilion) along with additional Cabanas and more Bathroom Facilities. In 2010 the American Boat Club began it's first boating season, with 4 boats in the fleet. The Akwa Marina Beach Bar began construction in 2012 and opened for business in 2013. You can see how it was built here. In 2016 the North Lawn was created and now has the ability to host Private Functions. In June of 2017, the First Annual Winnipesaukee Volleyball Classic was hosted to benefit Ready Set Connect, Crotched Mountain. We were able to raise enough money to help 7 kids get therapy for one full year. This had an incredible impact. The 2nd Annual Winnipesaukee Volleyball Classic is being hosted on June 1st if you would like to to help please sign up here 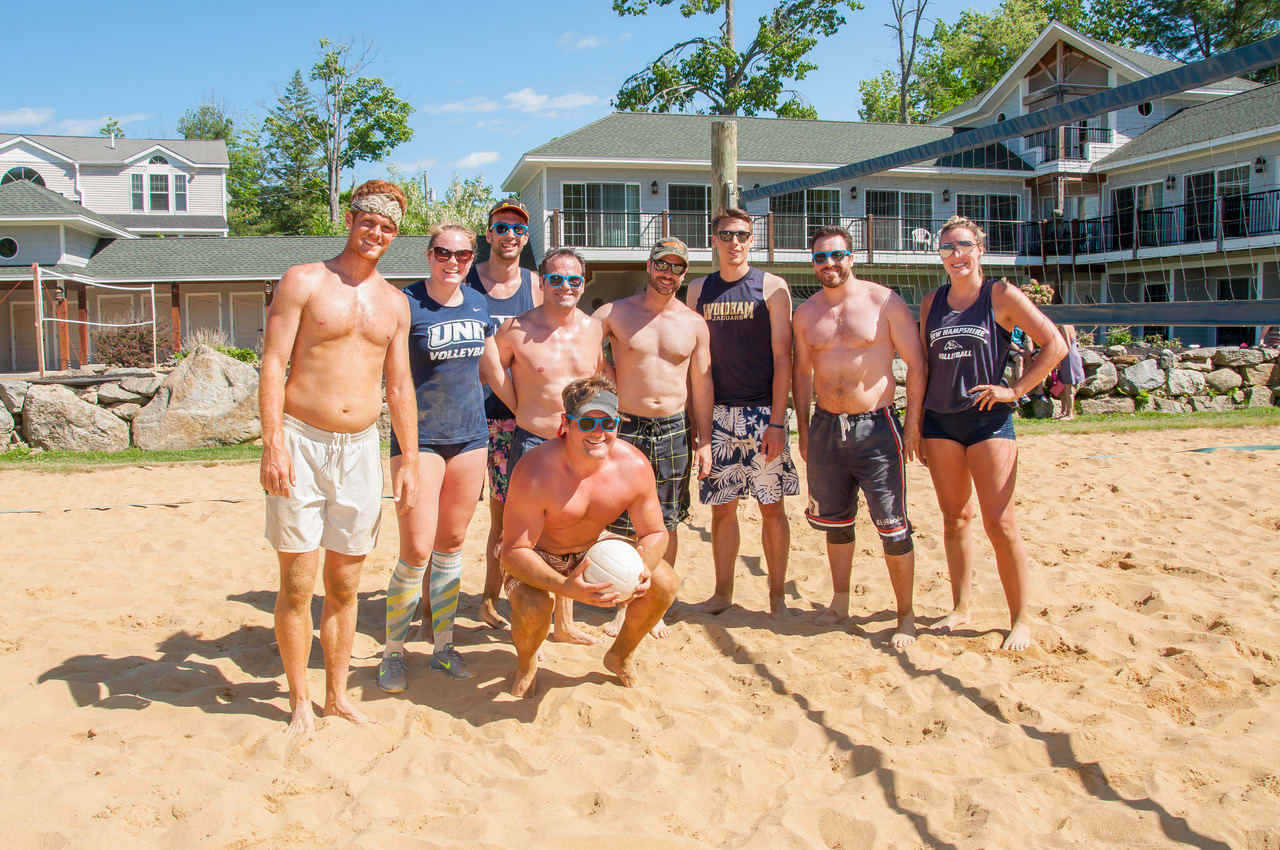 Thank you to everyone who made the day a huge success. We will be announcing next years dat...

We use cookies to enhance your browsing experience and deliver our services. By continuing to visit this site, you agree to our use of cookies. More info